My Family and My Passions 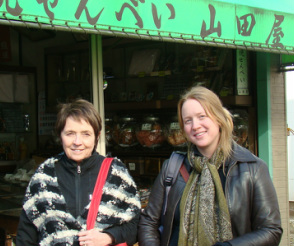 Mom and I out front of a sweets shop in Japan

Sixteen years ago, I moved from my home in Saskatchewan, Canada, to Japan where my mother was teaching English.  Fortune found us jobs at Aoba International School where my mom taught Grade 2 and I was offered the Kindergarten posting.  It was her last year and my first year of full-time teaching.  My mother had been a Kindergarten teacher for most of her 27 year career, so being mentored by her throughout my first full year was magical and taught me more than one could ever expect. 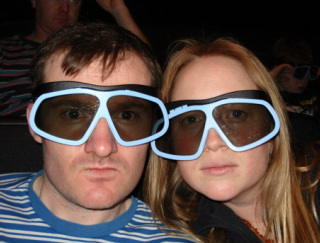 Brian and I - serious IMAX spies! 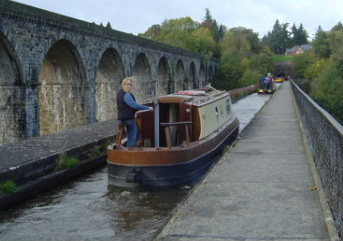 Canal boating on a blustery weekend in Wales

For two years we enjoyed working at Egham, living beside Windsor Great Park, traveling around Europe, and connecting with Brian's family throughout the UK. 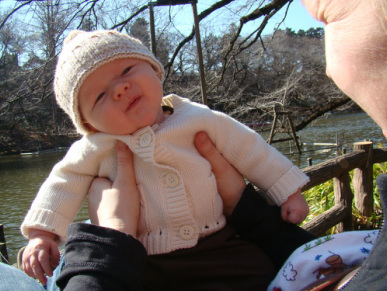 Our little sprog John at three months of age

We missed our life and friends in Japan, so we searched for jobs and found teaching positions at Tokyo International School.  I taught Kindergarten there for three years (including my maternity leave), and Brian was a Middle School Generalist for two years.   Our son John was born during the middle of my second year at TIS. 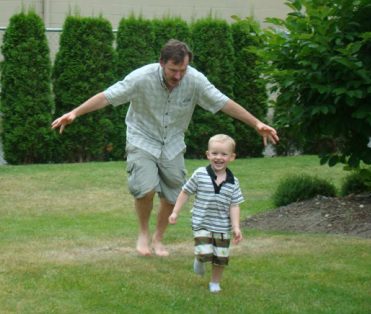 John running from the monster!

Both Brian and I value parenting and take that role very seriously.  We made the financially difficult, yet emotionally easy, decision to have Brian take the third year away from teaching at TIS and parent John full time.  Five years later, when our second son Ben was born, Brian was able to stay at home with him as well.  The close relationship that the boys share with their dad has come from that valuable time spent during those formative years. 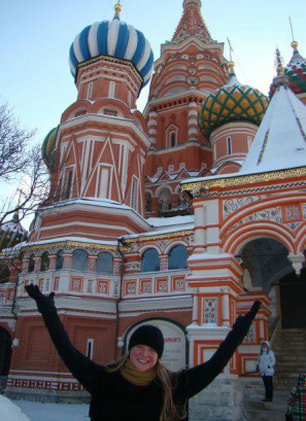 Twelve years ago we threw the dice, gave up our jobs, and entered the job fair with open minds and a sense of wanderlust.  We were happy to go anywhere!  We excitedly accepted postings in Moscow at the Anglo-American School. At AAS I was the Early Years Team Leader and a full-time Pre-K Teacher.   Brian has taught Humanities in the middle school and IB DP English. 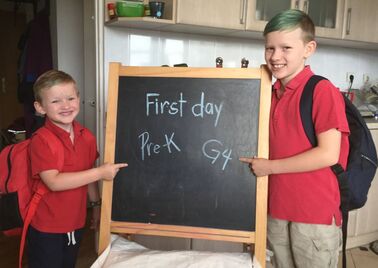 Ben and John ready for their first day of school this year - the first time all four members of our family attend AAS!
AAS was an extremely supportive environment where Brian and I have grew both personally and professionally.  Our school was there for us when our family faced overwhelming challenges shortly after Ben was born.  AAS is not an institution, but instead an extended family that we have felt so privileged to be part of. 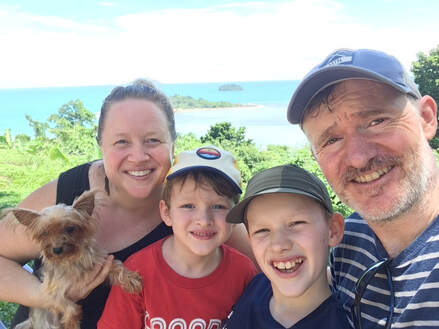 ​Jumping out of the freezer and into the frying pan, we now we live in sunny Thailand!  We started working with NIST International School three years ago.  I am the Early Years Team Leader and have introduced and helped to grow our learning through play approach called 'Open Inquiry'.  Brian is an MYP English and Individuals and Society teacher.  Covid brought a lot of struggles, but we were happy to be in this amazing country throughout the pandemic - we still can believe how lucky we are to have been trapped in paradise! 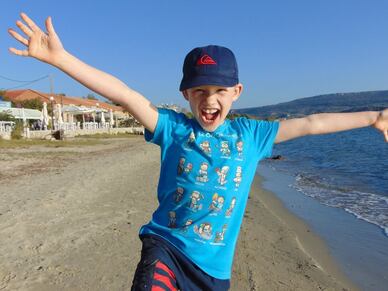 Loving the beach after those long Moscow winters!

John is an exceptional learner and is in Grade 8 now.  He is passionate about playing the drums for his band The Stringbreakers, loves his rock climbing and surf-skating, and is saving up to buy an electric keyboard.  He is an inspired poet and has joined our local spoken word group called Lyrical Lunacy, performing on stage and competing in poetry slams. 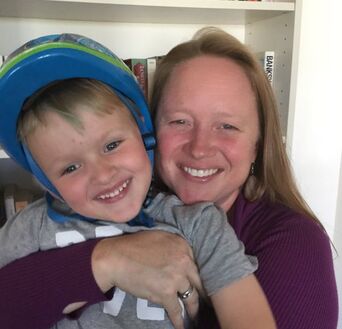 Ben loves riding his bike and crashing website photo shoots!
Ben, our second son, was born in Moscow and is now turning nine.  He is in Grade Three and is obsessed with football (like his father).  I fog up the windows trying to watch him on the playground when I'm not on duty.  He swims like a fish, loves to make things with his glue gun and tools.  He loves to be surrounded by his 'buddies' and is constantly making playdates for himself.  He is working on re-building the LEGO Town series, all the while safeguarding the creation from a two-year old neighbour friend who is keen to get his hands on it. 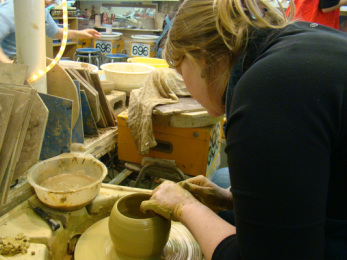 Throwing a pot in the Tokyo studio

While in Japan I developed an obsession for ceramics and fell in love with the process of creating pottery.  I gave gift after gift of lumpy bowls and mugs until I managed to hone in on some skill.  I try to get into the studio as often as I can and look to take courses each year at MISSA - an art school held on the campus of Pearson College UWC during the summer months. 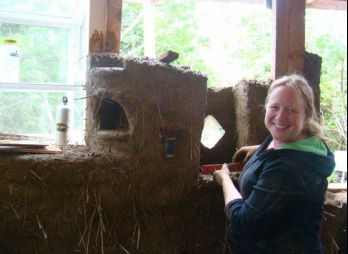 Sculpting a window sill and soap dish holder beside the kitchen sink
My love of sculpture and hand building ceramics led me into thinking about natural building.  Brian, John and I took part in a  cob-house building course on Vancouver Island.  It was fascinating to find out how these traditional types of building techniques are used and the work and time that goes into the builds.  More people in our world live in homes like these than the 'to code' homes that you see in developed countries.  I hope to build a studio or structure one day for our family and look to continue learning about natural and sustainable homes. 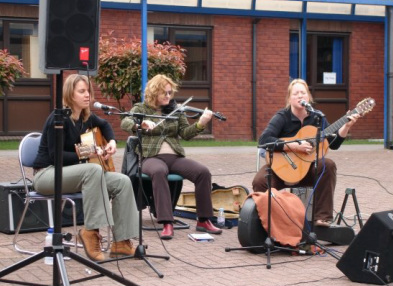 Playing with fellow teachers at the ACS lunchtime sessions

I love playing the guitar.  I was given a guitar about 15 years ago and have since learned every song that would put a crowd to sleep!  I'm no rocker, that's for sure!  I mostly play the mellow music that I love as well as a variety of kids' songs that keep the classroom children singing.  My mother taught me how to play the ukulele and loads of kids' songs that are perfect for the classroom.